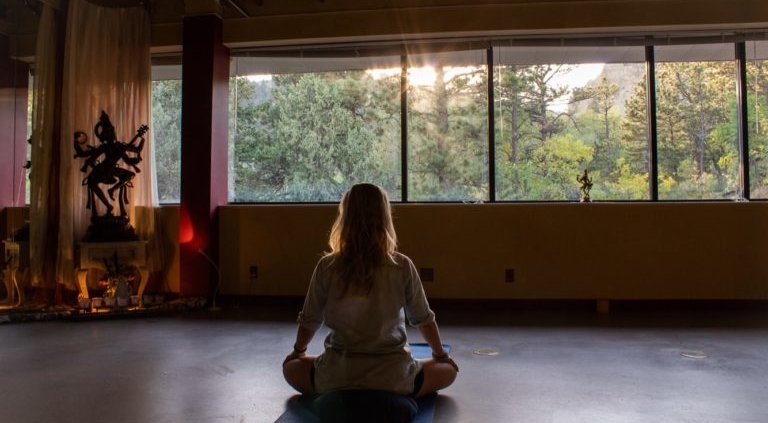 “I would not want to die knowing I had not lived.”- Paul Theroux

A few months into the beginning of this year, I started to get an unmistakable fidgety feeling. I’ve come to know it as the feeling I get when my soul starts calling me to set off on an adventure. I start to squirm in my own skin and with the uneasiness comes an edge of fear because I know that I’m being asked to step, once again, into the big unknown. I had just started to get settled in Cape Town after a big move and I couldn’t believe it was happening again. It feels a little like walking to the edge of a ledge and stepping off because your gut says so even though you can’t be sure how high you are from the ground or if there’s anything below to catch you.

These forays into the unknown happened daily when I was working in the wilderness and we would head out to track wild animals but despite the animals we were tracking having sharp teeth, claws and horns, they somehow seemed less threatening than a trip across the ocean. I was enthralled by the idea of disappearing to an ashram for a few months but the calling was telling me that instead I needed to head to North America. I was moving completely on a feeling and the only thing I had planned was a starting point. I knew I wanted to practice yoga and meet people to collaborate with on my wellness safaris but other than that I didn’t really know why I was going.  I had no idea what any of it would look like or even where I should be on the massive continent in order to do it. 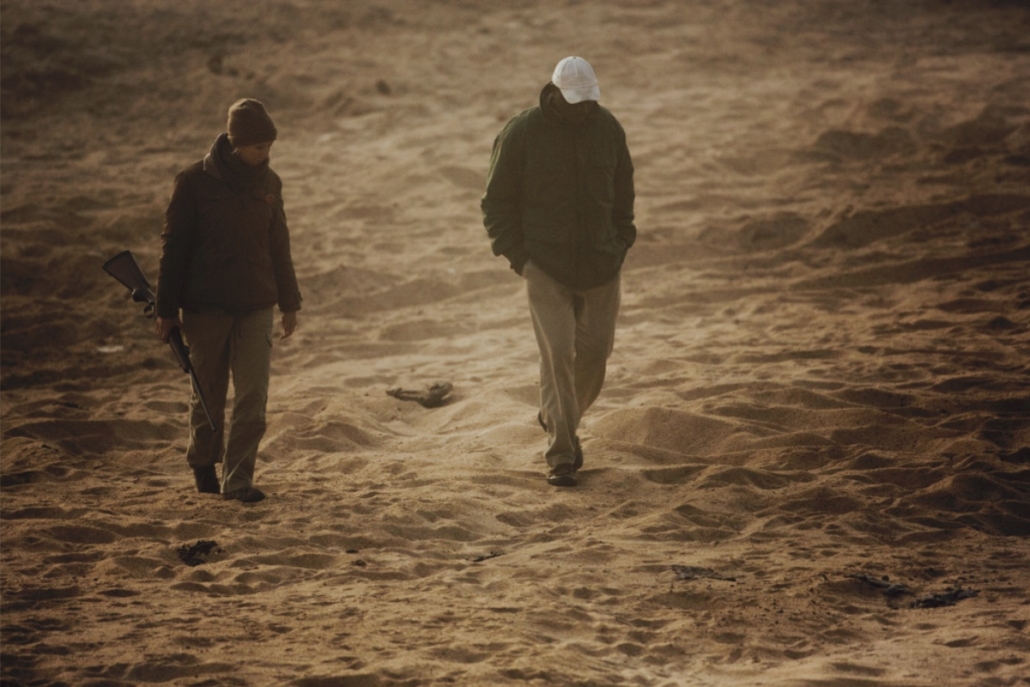 Following the tracks of a young male leopard in the riverbed of the Timbavati with Shibivane, one of the most extraordinary trackers I’ve ever worked with. 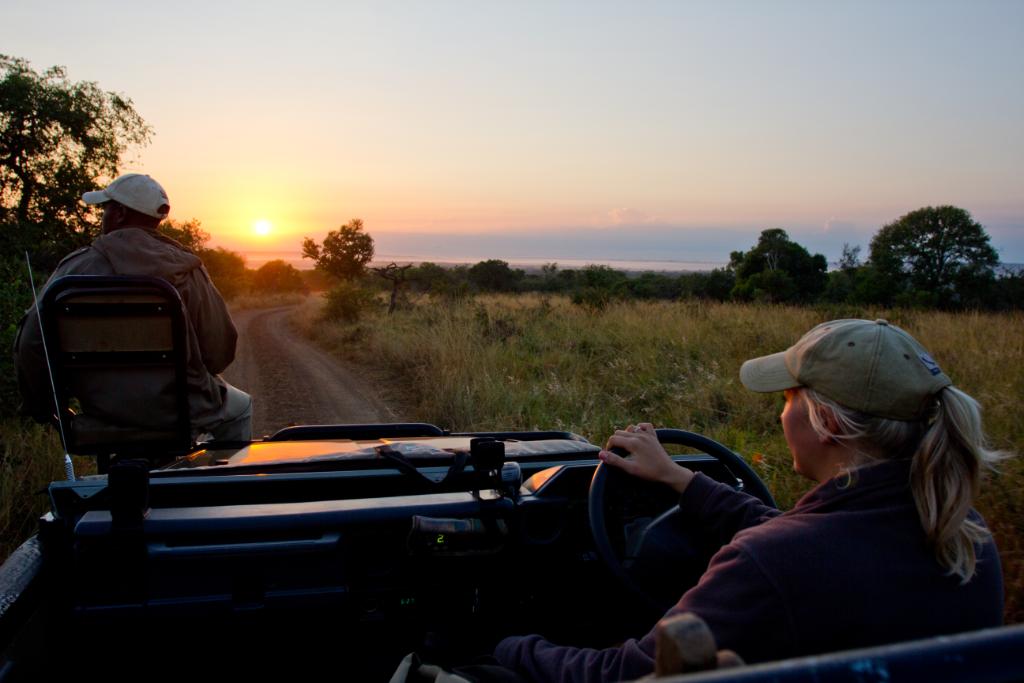 Heading out into the early morning on game drive. After each evening the slate is wiped clean and we would leave the camp not knowing what we would find but sure that an adventure would come our way.

Sometimes when this invitation to the scary next step in life arrives I try to pretend that the knowing isn’t there and avoid it but the calling always lurks behind me long enough that at some point I just can’t deny its persistent whispers anymore. I had the sneaky suspicion that if I stepped off the ledge, shrieking with delight, that the universe would catch me. The only way to test my theory was to do it. As Paolo Coehlo so wisely says though, “the universe conspires to help the dreamer” and when you’re listening to what life wants from you, it tends to take care of you in the most remarkable ways.

Through a serious of fortunate events that directed me from the west coast, through Nashville and eventually to Boulder, Colorado I followed a trail of gut-feel breadcrumbs and was led to the teacher and master I had been looking for. What was crazy was that the moment I stepped into her studio I was washed with the feeling of having arrived in the Ashram I had daydreamed about for years. Somehow I had been led to everything I had been hoping for. 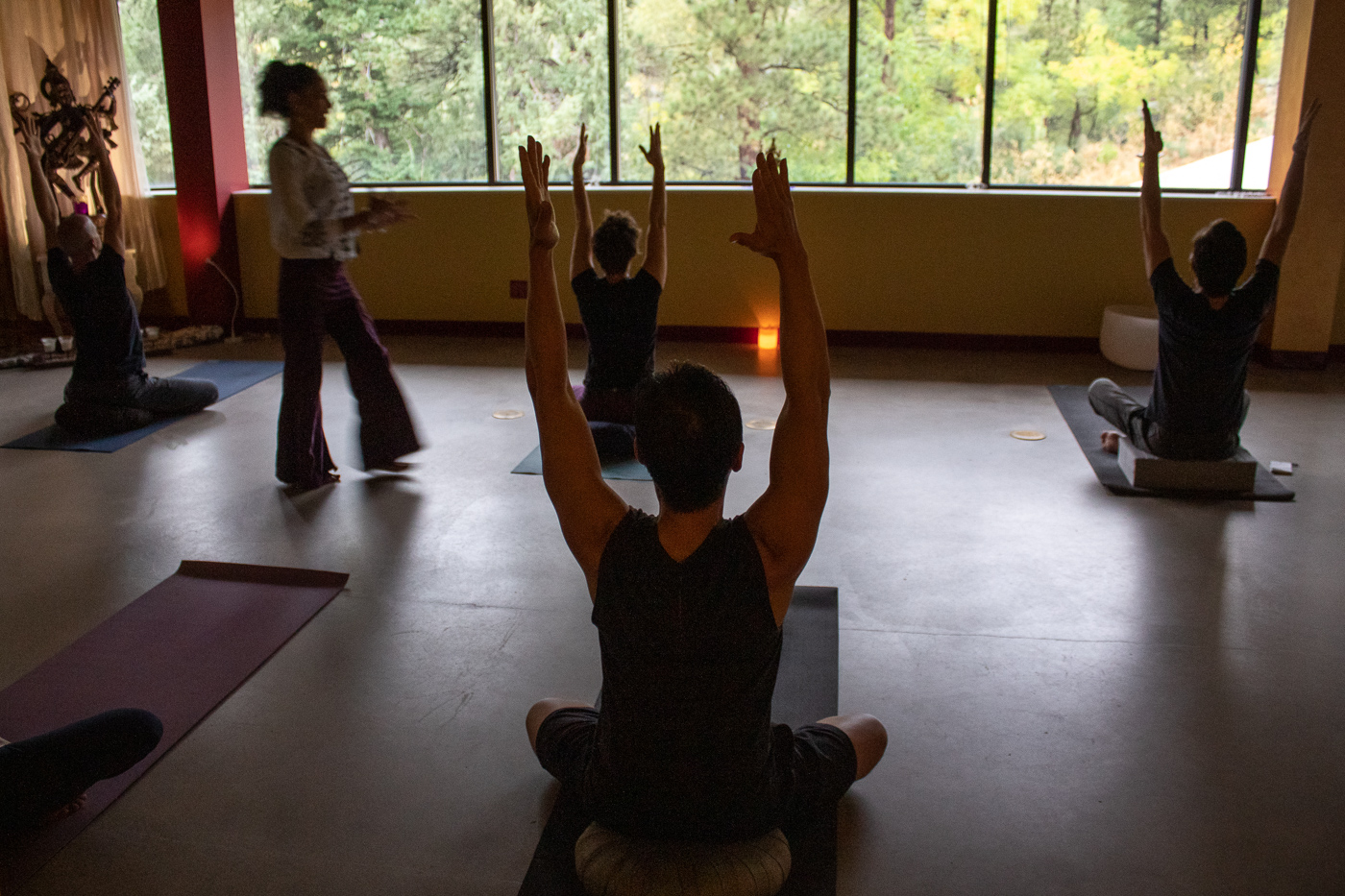 Practicing in the first glow of morning light in Shakti Soma Sanctuary in Boulder, Colorado under the feisty but loving guidance of Sofia Diaz, a Hatha yoga master. 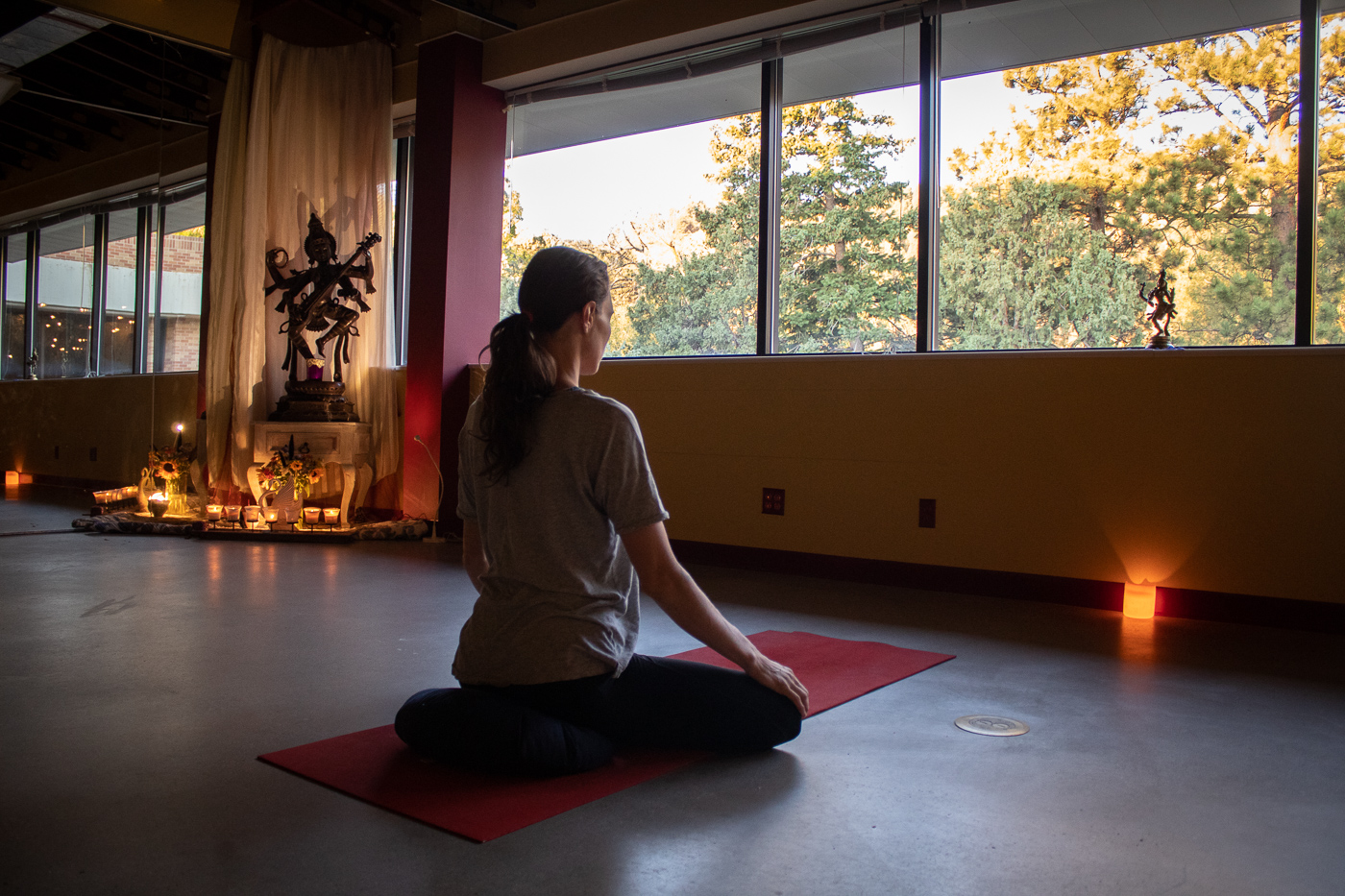 Practicing in the presence of the Hindu goddess, Saraswati. Amongst other things, Saraswati is the goddess of nature, which was represented so magically from the studio in the form of a dense band of trees, the Rocky mountains and crisp Boulder skies.

Reading Sigurd Olson’s, Reflections of North Country a few night’s ago, I was reminded how grateful I was I followed that trail of gut-feel breadcrumbs into the unknown. Olson says that if you have a feeling “and you don’t accept the risk, you will regret it for the rest of your life. You cannot turn your back on any challenge, physical or mental. If you do, you diminish yourself, and the next time it will be easier to say, ‘No I cannot do it.’ If you take the hazards as they come and survive, you will be stronger and better and the trip will be a milestone in your life, one you will always know as a turning point”. 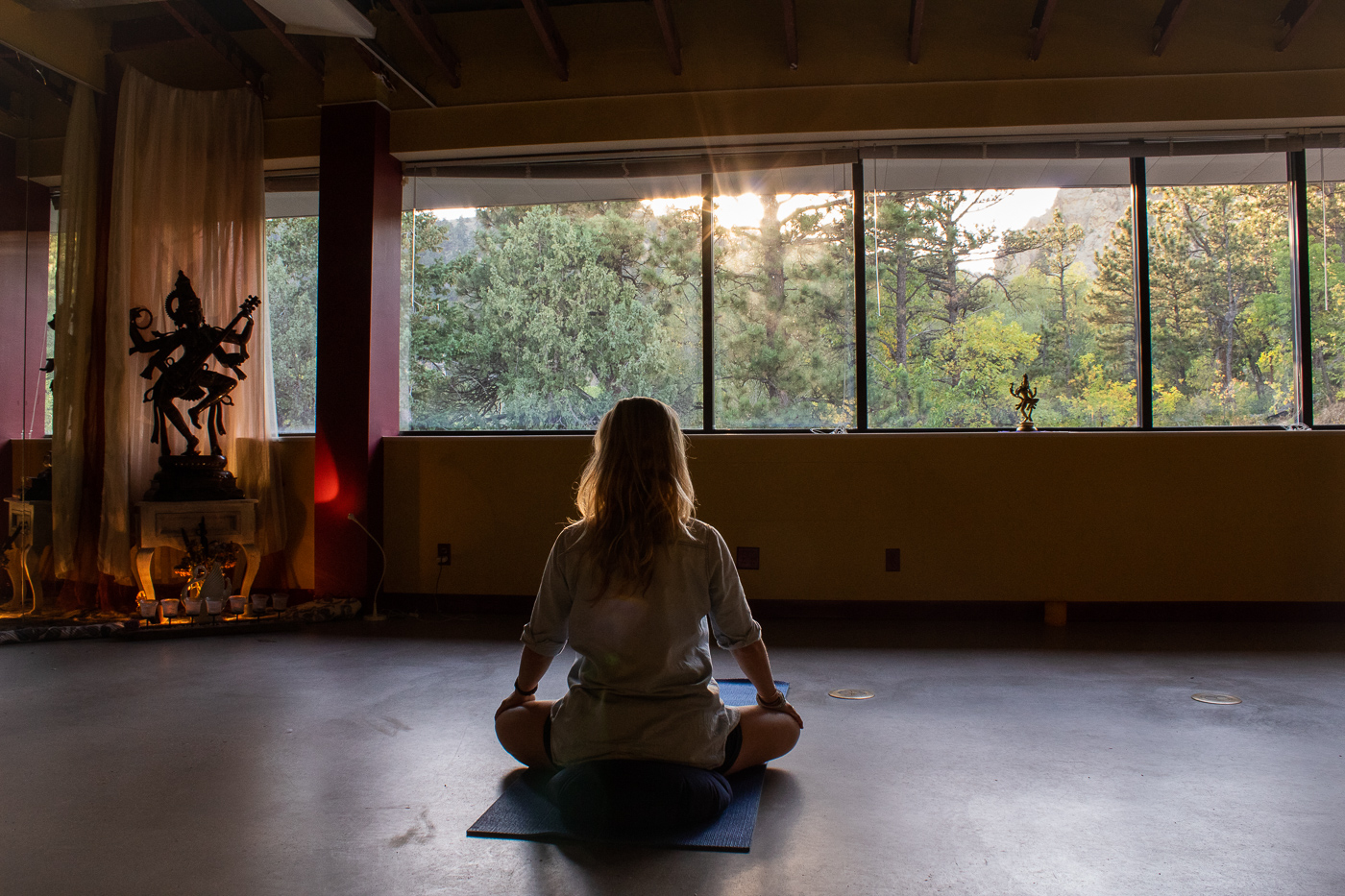 When I look at this image I’m washed with gratitude for how a trail of gut-feel breadcrumbs led me to this particular time and place. This chapter has grown me and filled me in ways I could never have imagined.

I’ve been really fortunate to travel the world and adventure into some of its wildest places but ironically, in the relatively safe bubble of Boulder, I experienced one of my deepest journeys to the wildest parts of myself. Without taking the leap, I never would have met myself in this way. It’s a reminder to go into the unknown and test yourself. It’s the only way to learn more of who you are.

We see it so much in the world today; people who feel called to do something but struggle to leave their comfort zone. It’s understandable because we’re taught to fear the vast expanse of possibility more than what we dislike about our known lives. But what I keep seeing is that if you’re listening to a calling then no matter how high the ledge, life will catch you as you step off.

As Brene Brown says, “choose courage over comfort. Choose whole hearts over armor. And choose the great adventure of being brave and afraid. All at the exact same time.” 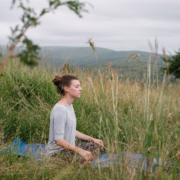 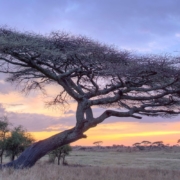 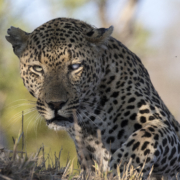 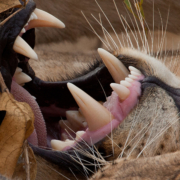 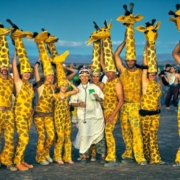 What AfrikaBurn And Wild Dogs Have in Common
0 replies